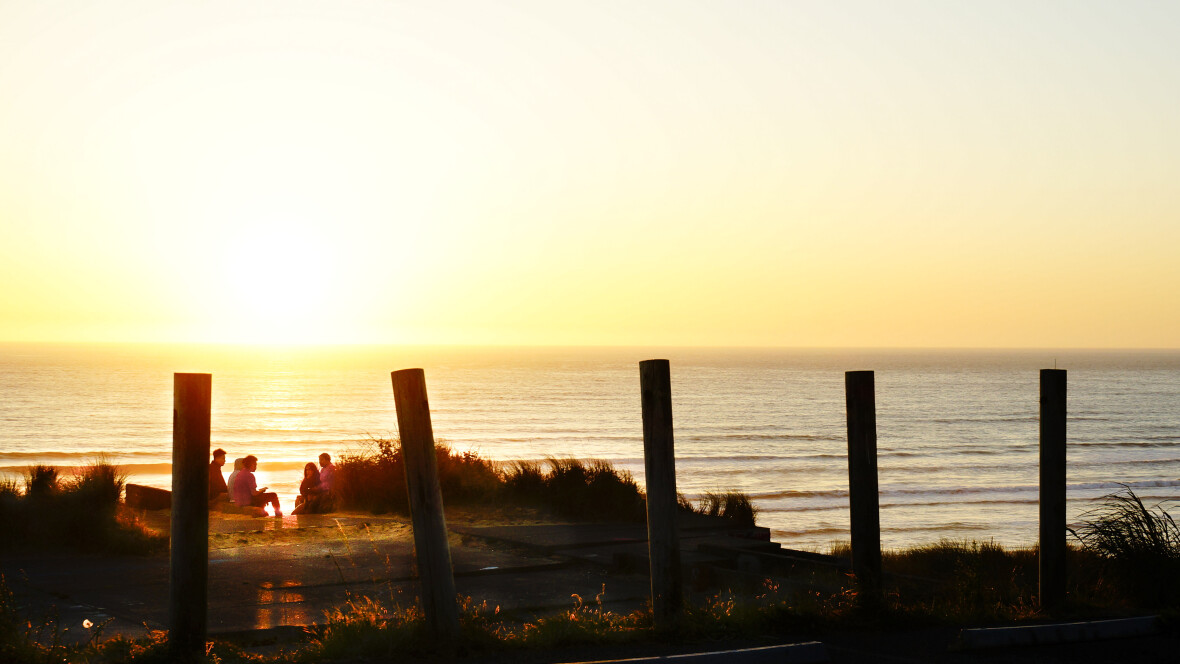 I took myself to Yachats on a little writing retreat last weekend, intent on spending some dedicated time with the page. The retreat would be short—a night at the beach in what turned out to be a very loud room, the Captain’s Quarters, with a very deep clawfoot bathtub that would not hold water no matter how passionately I argued with the plug. It would be a full blue moon that night and I had two whole days to myself, all ingredients for the perfect productive storm.

The route to Yachats, a hamlet on the Oregon Coast, took me through farming country where billboards advised that we romaine calm and carrot on and where towns are named as if in early anticipation of the Twilight franchise—towns like Burnt Woods and Blodgett, which is only one vowel away from something truly sinister. When I pulled into my destination and discovered that the above mentioned Captain’s Quarters faced Yachats’ busiest intersection, giving me a front row seat to the spectacle that is America in full recreation mode.

Nothing for it but to retreat to the beach.

There I wrote for 26 whole minutes and then walked and walked until my phone died. I should have left the beast in the car, I thought, and given myself a real digital break. It turned out the universe was offering what I needed anyway, and so I kept on walking without any means with which to photograph, message, research, or otherwise distract until I got hungry enough to head back into town.

As someone who lives in Oregon, I am never a tourist when I go to the beach. No matter how recent a transplant you are to this verdant state, the beach is yours if you live here. The whole coastline, in fact, is your backyard. Never apologize for taking some time in it as this is your residential right.

But the visitors. Always there are the visitors who buy Oregon Coast Lifeguard sweatshirts at the Safeways (I have done this), and who insist on slobbering their enormous ice cream cones upwind from you (I also do this on every visit, but I live here… so). The visitors are our necessary blight, maintaining an entire industry that feeds this rugged coastline and the true locals who people its shores.

On this particular trip there is the added layer of recently re-mandated masking and social distancing, and by the time I am back in town the dinner crowd is out in force. I see two camps, and there are glares from both as each side goes about navigating around the other.

A woman is coaching her four children on mask etiquette. An unmasked man walks by her wearing an American flag t-shirt that reads If This Flag Offends You I’ll Help You Pack. I find myself looking around and silently placing people into one of these two camps simply by the way they present. I, like America, seem to be caught in our eternal dichotomy made visible. There are sides—always sides. Which one are you on?

Maybe it’s the moon, or the motorcycle mufflers backfiring right outside my window. Whatever it is, I’m sensitive as hell to all this. Why can’t we all just get along? Where are my coexist bumper stickers and my spontaneous Kirtans on every corner? Must we divide and conquer… and conquer what?

The why can’t we, why can’t we keeps repeating in me until it becomes an inverted mantra. We can’t, why? We can’t… This is an exhausting inner monologue that does nothing to fuel any more writing time. I try to take a bath, discover with the stubborn plug, and give up. Eat a mango and turn in.

On my way out of town the next morning I decide on one more beach stop at Seal Rock where I will surely rediscover my inner equilibrium. This coastal stretch is a bird sanctuary and a respite for wildlife. Ah, wildlife. Nothing like it to return one to oneself.

It smells a bit (of seals) as I descend the path to the beach, but no matter. There is the cinematic wheeling of pelicans over an alluring rock to both reinforce and rebuke me for actually leaving my phone in the car this time. There is the sun gleefully breaking through. I find a chunk of driftwood, soft from its time in the salt, sit and exhale.

This is why I came. Pristine skies, wild surf, and the crush of sand under my feet. This is how to regenerate, proliferate, authenticate. I feel the ocean’s eternal roar at my face, the irreducible truth of being here, now.

A crowd of birds darts in and out of the low waves, feeding. There are the standard white gulls and another set of brown birds among them that I don’t recognize. They create a pleasing contrast milling around together across the golden sand.

I notice one of the brown birds is ducking his head and pointing his sharp beak at one of the gulls. He flaps his wings and the gull retreats. Then there are three brown birds around the gull, who as far as I can see has nothing in his beak that they might want. I watch them chase him across the sand, a pantomime of pointless aggression. The gull does not retaliate.

The brown birds are still chasing the gull many minutes later and I cannot take my eyes off them. I am growing more furious with every lunge they make for him. No other gull comes to his brother’s defense, and there is still no discernible reason for this behavior. It takes all I have in me to stay on this piece of driftwood and not get up to interfere.

Why is this aggravating scene happening during my well-earned peaceful beach moment? Why are there aggressive birds at all, anyway? Don’t they see there’s an entire ocean of food out there, enough for all? Why (yes, you guessed it) can’t we all get along?

I sit and sit in these unanswerable questions—unanswerable, I realize, because I’m asking on behalf of some nebulous collective. So what about making this more discrete? What about bringing it back to me?

A new question emerges: What else is there to see?

And it hits me. There was so much more to see in Yachats this weekend besides the division, the dueling camps. Connection and revelry and dogs off leash testing their wings. Kites and the way the trees here have learned to bend landward and allow the wind. There is also so much more to see on this beach than the antics of a few birds. My choice of focus is producing the conflict I see. My choice of conflict is producing it in me.

It’s one thing to read these sorts of ideas on a dreamy Instagram meme. It’s quite another for an understanding of them to rise up and slap you in the face like an errant sneaker wave.

I stay on the beach a little longer and then leave the birds to it. Drama or harmony, friend or foe, it will continue until it changes. I do not need to wait for this change to become the catalyst I seek. 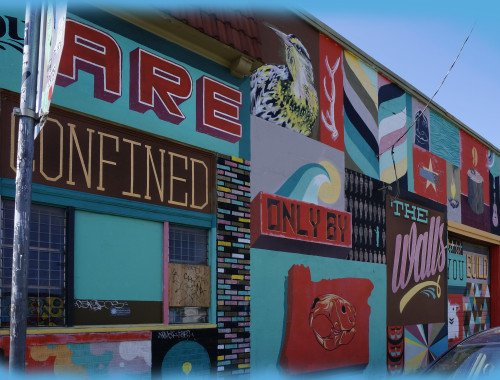