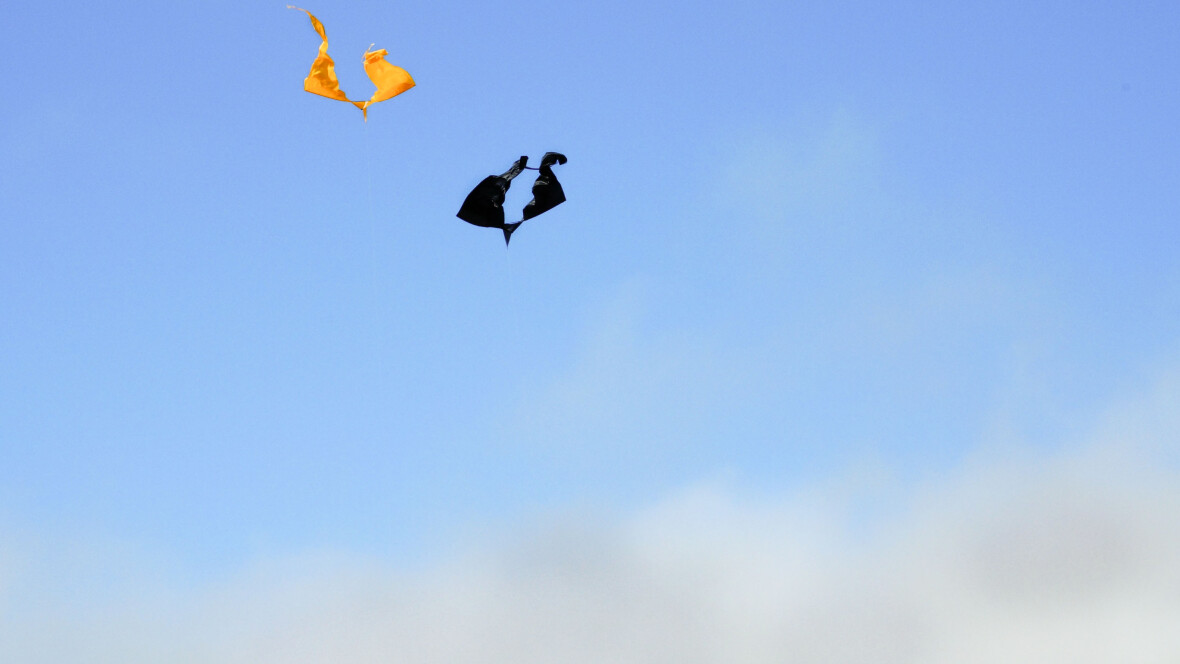 Change By annakaehler January 17, 2021 No Comments

A little while ago on a weekend much like this one, Kate and I took a trip downtown. We went to pick up a few books Powell’s, the Pacific Northwest’s largest and most famous bookstore. Once a Titanic, today this icon seems barely afloat, but a trip there is still a harbor of sorts. A remembering of what we enjoyed and still enjoy before all this change remembered us.

Our city, Portland, Oregon, is perhaps America’s most embodied microcosm of the movements that have been sweeping the nation over the past year. We made the national news so often in 2020 our notoriety stopped being mentionable. Portland proper seemed not only to exemplify the glaring extremes of thought, ideology, action, and conscience across America, there were days that I felt we might actually be inventing these polarities. As if our stretch of earth was the fount, the very birthplace, of division. We struggled and struggled anew all year in a city no stranger to a fight.

What has changed over 2020 is the preponderance of what has existed for too long. Our discord is now so pointed we cannot turn away from it, and this is no more evident than in the downtown streets where there are more wandering homeless souls than ever. Mental illness, poverty, and addiction now pass me daily in the Portland streets with a frequency most Americans will not witness over an entire lifetime.

I noticed him as soon as we parked. Short and bent, his lank mane of greying hair and months-old beard spilled over a loose black rain jacket that appeared to be fashioned out of a can liner. I remember noting that he carried nothing.

He was shouting at someone, something, and gesturing with wild hands. This is not uncommon. Portlanders are used to walking by people who have disappeared into their own insular worlds, discoursing with phantoms we cannot see. What repelled others from this man was a particular violence in him you could feel and hear a block away. He screamed at his ghosts, struck at garbage cans and lunged at walls. Whatever wrestled within him was also outwardly focused. You had the impression that he could do harm.

Without speaking about it, our basic survival instincts kicked in and Kate and I crossed to the other side of the street. We hurried away from the man to the bookstore where we spent about half an hour browsing. When we emerged the man had relocated to the same stretch of sidewalk where we’d parked. We took the opposite side of the street again and cut across a break in traffic right to the car. I locked the doors when we got in, and we sat trying to decide if we would run another errand or head home.

I was aware of him coming closer as we talked. It wasn’t just that this man moved in the distracted, unfocused way of someone living in a parallel reality. His whole self was still punctuated with swings into fury. I told myself he would wander by, but as he got closer he seemed almost magnetically drawn to our car. For some reason we still could not decide where to go next, and I still did not start the engine to leave. The man was at the light post now. Then touching the car’s hood. Then feeling his way around it toward the driver’s side to where I sat, watching.

He had seen us clearly, I knew this. He seemed to see so little of our reality, but he was definitely coming around the car to talk to me. Earlier when we parked, I had felt that nudge I sometimes get to give him something, but I had been too afraid to approach. He looked dangerous, swinging at the street, and so I’d walked on. Now he was approaching me and mouthing something from outside.

I had a couple of bills in my wallet, but I was afraid. The unpredictability in him sizzled like a hot iron in winter rain. He kept on mouthing at me through the closed car window, his eyebrows drawn together in a plea. With shaking hands I pulled out my wallet, the bill. I glanced at Kate. I don’t know, I think I have to give it to him.

I could feel she was also afraid next to me in the passenger seat. A primal and palpable hum in her like my own. I could feel the division in me between the clean, clear urge to acknowledge him with some words, some small help, and the leaping, physical terror in my chest. What could he do if I rolled down the window? What would he do, and then what would I do? How could he hurt me?

My mind created so many pathways to potential pain in the time it took the tempered glass to slide down it’s amazing I could punch the button at all. I was lost in violent fantasies of my own. The danger we were in, the threat of him. He hung on the driver’s side mirror, barely two foot away, pleading. Please honey, help me. Please.

I passed him the bill and he took it between two fingers. Please help me buy some coffee and cigarettes with this, he said. Please, I can’t do it. He was lucid enough to know his limitations, and this struck me so hard I gasped. I couldn’t do what he was asking, and I started to tell him so. He had me trapped in the car, and I knew I was not equipped to handle someone this fractured from reality. I can’t. I met his eyes. I’m sorry, but I can’t. Please take it.

He heard me, understood. Then as if something wiped a thick film over his blue eyes, he clouded over. The violence was back so fast it threw me against my seat. His face twisted and he roared, raging again at something unseen. At me. Somehow I got the window back up. I sat and didn’t dare breathe, as if respiration itself might cost me the toehold I had on any sense of composure.

Would he leave? Could we call someone? Could I bring myself to drive away, forcing him into the street and possibly hurting him? Would he break the window? Would it come to that?

It didn’t. He let go of the driver’s mirror and turned to face the street. Then he was shuffling out into it—slow and hands up as if held at gunpoint, the bill I’d handed him creased between two fingers. Thankfully, traffic had stopped and was allowing him time to cross. No one honked, a small miracle. It was very quiet as he went, or I had gone numb.

He flashed before me the whole drive home, and for days afterward. He is with me still. His eyes—pleading and then clouded over with rage. His body, bent and rigid as if wedged between this world and another. But there is something else with me as well. His philosopher self, the man he might have been or might yet be.

You see I knew him the moment we parked the car. Knew he would somehow come for me, as if we were meant to meet. These passing knowings are so soft we can easily miss them, as certain as our own skin. I could easily have driven away before he reached us, but I didn’t. I could have started the car and honked for him to get off it and go away. Could have parked somewhere else, or skipped going to the bookstore altogether. I did none of these things that day.

What happened instead put me face to face with the kind of erratic fear and danger I have long sought to keep out of my life. I felt the threat in him and the connection. I could not shake this between us, the feeling of brotherhood. The feeling of it coexisted with my fear rather than superceding it. Both extremes had been present as I rolled down the window and then watched him cross the road. I knew him, this once philosopher, and he knew me. He was the street and the illness and the fear in both of us. He was me, and he wasn’t. Family in the space no wider than an arms length between us.

In another version of this story I get out of the car. My adrenaline-surged self maps the nearest convenience store, and I point us in that direction. We walk beside each other and I buy him that cup of coffee, a pack of cigarettes. He takes them and they are a comfort.

I want this version of the story the way I want him released from his agonies, safe and cared for the same way I want these realities for me. Is it enough that I passed him a little money? I don’t know. For that day, it will have to be.

I cannot rescue him from his turmoil, but I can see him within it and beyond it. I’m still practicing this now when I think of him. The ill man on the streets, and the man before that. The beggar and my brother, the sufferer and the one who illuminates. Someone I may never see again, or my dearest kin. 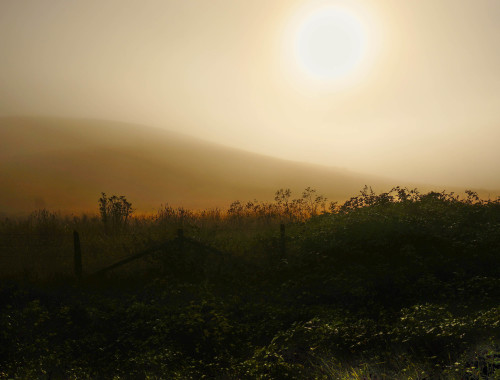 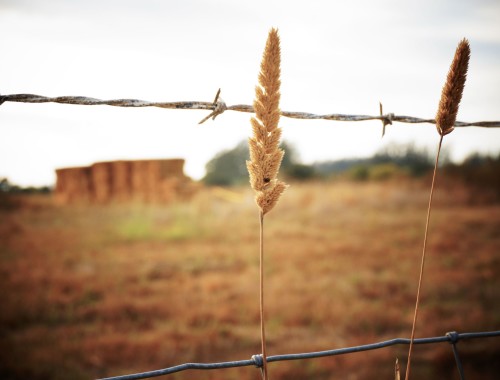 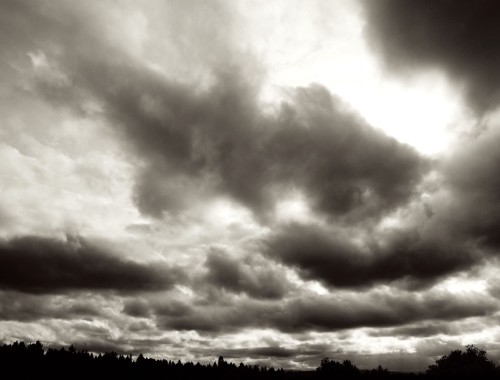 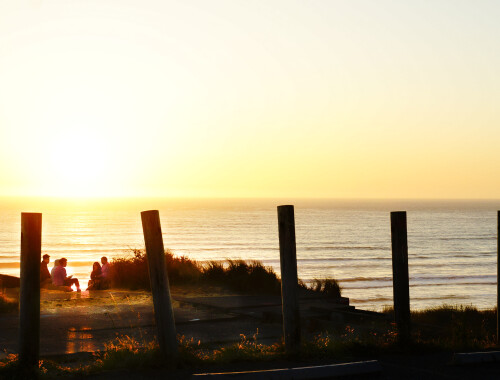